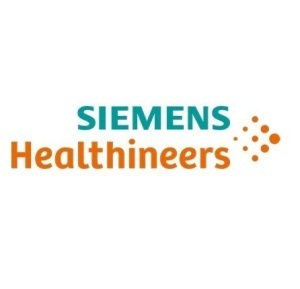 While Siemens is “well advanced” with its plans to split off its Healthineers, the method of achieving independence for the $15 billion health care business is not yet certain.

“We have been preparing all the decisive steps and we are following three very interesting alternatives,” Ralf Thomas, chief financial officer, told Bloomberg TV.

The exact nature of the structure of the deal had never been discussed by the industrial giant – although it had suggested that it would keep control.

Whatever the nature of the final deal, it would serve the ongoing Siemens strategy of changing the company from a conglomerate to more of a holding company, according to the business news service.

Bloomberg Intelligence put the value of a classic initial public offering at roughly $33 billion to over $40 billion.

Siemens had already announced in February the possibility that it would list the Healthineers in the U.S. and not Europe. “We don't have a final view on this yet, but we are looking at it very closely," Joe Kaeser, CEO of Siemens AG, said at the time.

But there was a possible change of heart in early March, when Kaeser told Swiss newspaper Finanz and Wirtschaft that “under President Donald Trump” he “will have to think twice” about where to list the health care unit, mentioning Frankfurt and Hong Kong as possibilities.

Moreover, the German industrial giant has to date not moved forward with any “mandated banks,” according to Reuters.

This puts a public listing this year, as anticipated, in some doubt.

Siemens held a conference call after its quarterly results were released and beat expectations. Thomas told reporters at that time that there had never been a certain date for listing and then revealed that possibilities existed other than a traditional initial public offering.

"Of course we're looking at all the options that are theoretically possible ... I wouldn't really exclude anything," he stressed to reporters, adding that “some of these options may not be under our full control."

Two bankers told Reuters that they believed one possible match could be with the much smaller Varian Medical Systems. Another banker told Reuters that rather than doing a reverse IPO with a hardware firm, it made more sense to put its attention toward building up its software side.

Despite the strength of the Siemens quarter, the Healthineers unit disappointed with second-quarter profits up 6 percent to $643 million, but below expectations after a 15 percent year-over-year first quarter.

"It's obvious that after a really strong quarter ... you cannot necessarily keep that level of pace," Thomas said, adding, "I believe the momentum is going to pick up again."