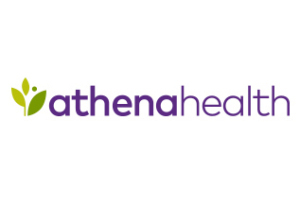 Elliott Management, an activist investor run by Paul Singer, has taken a 9.2 percent stake in Athenahealth, according to its May 8th 13D SEC filing.

"We are aware of Elliot's filing and look forward to talking with them to hear their views about the company and discuss the actions we are taking to drive enhanced growth and value creation for all Athenahealth shareholders," an Athenahealth representative stated to CNBC. "We have great confidence in the company and where we are headed."

Athenahealth's CEO Jonathan Bush, cousin of President George W. Bush and brother of Billy Bush, has been called “colorful” by CNBC – and has a reputation of being “outspoken” according to Bloomberg, but now he has to face an investor who wants to make changes.

Bush's “unconventional approach to management and public-speaking style – he once dismissed short sellers by saying, 'I'm already rich, who cares' – are less commendable,” Bloomberg advised, and that, says the business wire, has made his company one of the most-shorted big software-as-a-service firms. For example, it reported that the company put out nearly $200 million for a “corporate campus where it plans to build beer gardens.”

In its filing, Elliott stated that it feels the company is “significantly undervalued” and represents “an attractive investment opportunity.”

"Companies like this, good businesses with good products but a somewhat unstable management, are viewed as un-investable by many investors but good opportunities for activists," Kenneth Squire, chief investment strategist of the 13D Activist Fund noted on May 18, according to CNBC. "There is an excellent opportunity to cut costs and focus on operations with the right management team."

Elliott said in its filing that the company's position at the intersection of technology and health care provides “a disruptive value proposition, a leading competitive position and a compelling product set, the value of which is not reflected in the issuer's current market value.” To date, it has not spoken beyond its filing.

It also advised that it sought to have a “dialogue” with the Athenahealth board, and “push management to trim costs, or to buy the company outright,” according to Bloomberg.
1(current)
2
3