Amazon may decide to sell prescription drugs online by Thanksgiving 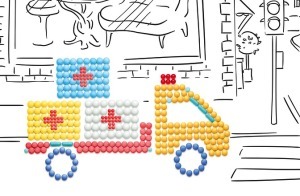 Amazon may soon be deciding if it is going to next disrupt the pharmacy business.

Inside sources have hinted that the yes-or-no decision to start pushing prescription drugs online could come before Thanksgiving, according to a CNBC report.

This comes on the heels of its mega-move into the grocery business with the acquisition of Whole Foods.

The suddenly larger retail footprint could make an easier fit for a brick-and-mortar pharmacy move, as well.

That said, the complex drug supply chain and regulatory hurdles could make it a tougher go against established competitors than the food game.

If the move gets a green light, look for the online retail giant to start adding pharma supply chain professionals to its roster, advises the business news channel.

So far, Amazon has had no comment on the speculation, although it has been fattening up its consumables group for months, led by VP Eric French. Mark Lyons came aboard as well, from Premera Blue Cross, with the goal of constructing “an internal pharmacy benefits manager for its own employees,” insiders told CNBC.

That manager could prove a template for a consumer-facing pharmacy play.

In August, a Goldman Sachs report made the suggestion that the company could push for better price transparency and lower costs to consumers. In addition, according to CNBC, analysts suggested that Amazon could enter the space in stages, rather than trying to disrupt pharmacies immediately. First it could make a deal with a pharmacy benefits manager (PBM). Such a move would give it "access to patient data and the potential to cross-sell related products."

The goliath has already set up “1492,” a secret “skunkworks lab” aiming at health care opportunities, from EMR to telemedicine, focusing both on hardware and software, according to July reports.

Hospitals and doctors have already been looking at ways to use Alexa, as well, for things such as record keeping and transcription.

"There are some massive voice applications that will be built for health enterprises," John Brownstein, chief innovation officer at Boston Children's Hospital, told CNBC in June.

In fact, Boston Children's Hospital has even launched an Alexa app called KidsMD, that lets users get information on medication, dosing and common symptoms via Alexa.
1(current)
2