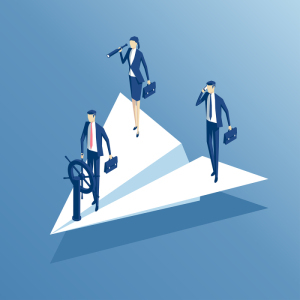 CHICAGO — The Peter Principle – that people rise to their highest level of incompetence – was first introduced in 1969. But according to three radiologists speaking about success in a leadership role at RSNA, the concept is alive and well in medical leadership.

It matters, they said, because a failure of leadership is a detriment to the modern goals of health care to control costs and improve quality in a value-based, MIPS world.

In brief, the radiologists said that too often in imaging leadership selection of department chairs and other leaders are based on clinical skills and not qualities key to being in charge. Such qualities, they deemed, often seem counterintuitive.

“You have to invert the [chain-of-command] pyramid ... so that leaders serve the people they manage,” said Dr. Jonathan Lewin, FACR, president, CEO and chairman of the board at Emory Healthcare. “You have to make sure that your people are successful in doing their jobs.”

He cited several guiding “postulates” on his journey to become a leader. These included:


Lewin said the four top qualities of leadership are honesty, forward thinking, competency and to inspire others. These characteristics are rated higher than intelligence, being fair-minded and cooperative.

Another speaker, Dr. N. Reed Dunnick, chair of Radiology at Michigan Medicine, University of Michigan, positioned good leadership as an imperative to fix the major challenges of the U.S. health care system. He presented data that indicates the country’s health system is too expensive, with less quality, characterized by shorter lifespans and higher infant mortality than the rest of the first world. Much of the remedy, he believes, is in good leadership to inspire necessary change.

The third speaker, Dr. James Brink, FACR, Radiologist-in-Chief at Massachusetts General Hospital and a professor of radiology at Harvard Medical School, noted there is a difference between a boss and a leader. Leaders, he told the audience, are selfless, empathetic and respectful - not commanding and demanding like bosses. Leaders, he said, possess good skills for gathering emotional intelligence from others.