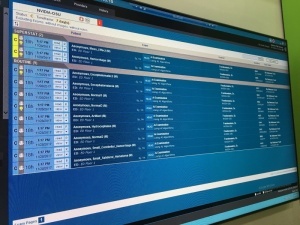 "We're at an inflection point within radiology and diagnostic imaging — radiologists have to document more with less time," Karen Holzberger, VP and GM of diagnostics at Nuance, told HCB News. "On top of that, there is this tsunami of data and it's time to put data to work."

NVIDIA's deep learning platform is able to learn from normal and abnormal chest X-ray data and generate algorithms to detect the images that display pneumonia, for example. The platform is what will be used to train and publish applications to the Nuance AI Marketplace.

Through PowerScribe and PowerShare, Nuance can integrate those images into different worklists and prioritize cases based on what the deep learning platform deems the most important.

"Deep learning tools can help radiologists see what they can't see and do the mundane tasks that include measurements and reprioritizing work," said Holzberger. "It's a fact that machines see things and do things better than humans."

However, she added that these tools will not replace the radiologist, but instead augment the work they do in order to drive evidence-based medicine and allow them to do their job in a more robust way.