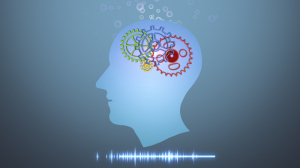 The two announced the multi-year strategic collaboration at HIMSS 2018 in Las Vegas, in which Partners will develop algorithms for automating repetitive tasks in a radiologist’s daily workflow. Nuance will then provide access to the algorithms through its Nuance AI Marketplace for Diagnostic Imaging, gaining input from radiologists that will be applied toward improving AI capabilities for enhancing radiologist efficiency, report quality and patient clinical outcomes.

“The goal is that as we roll out production enterprise software through PowerScribe and PowerShare, our world-class solutions, and as AI is introduced into those workflows, they’ll drive adoption by the radiologist,” Karen Holzberger, vice president and general manager of Healthcare Diagnostics at Nuance, told HCB News. “As these algorithms are used, we need to get the radiologist, which is the ground truth. Do they agree with the algorithm? Do they agree with what the algorithm found or indicated? We need to get that information back to make the algorithm more confident.”

Users can then select the ones they require using Nuance’s PowerScribe radiology reporting platform, enabling them to keep their preferred workflow and avoid having to buy new reporting or image sharing systems.

The collaboration will also include supporters of the AI marketplace platform, such as NVIDIA, and the American College of Radiology.

Holzberger says feedback from radiologists will help to drive better understanding of how to apply algorithms to better workflow, work list prioritization and usability, but stresses that they will assist rather than replace radiologists.

“The algorithms are going to make them more accurate, more productive,” she said. “They’re going to augment radiologists but not replace them.”

Nuance also revealed another partnership during the show in which it will integrate its Dragon Medical Virtual Assistant with Epic’s EHR technology to provide greater caregiver productivity and efficiency across continua of care.