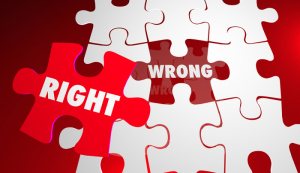 Make an internet search of radiologists convicted of crimes and a long list of cases pops up, ranging from bribery to billing fraud.

For one radiologist with a bent for philosophy and medical humanities, this emerging trend of bad judgment indicates an educational opportunity for imaging residents and physicians nationwide.

Dr. Richard Gunderman, the John A. Campbell Professor of Radiology at Indiana University (IU), told HCB News that such ethical outcomes prompted him to publish a paper in the recent issue of Academic Radiology. Titled "Portraits in Professionalism: When Radiologists Break the Law," he makes the case that radiologists at all levels – from residents to seasoned physicians – need better insight to avoid unethical behavior.

“I don’t think we talk about these matters enough,” said Gunderman, who is also the Chancellor’s Professor of Radiology, Pediatrics, Medical Education Philosophy, Liberal Arts, Philanthropy and Medical Humanities, and Health Studies at IU. “We need to make sure ethical failings are not shrouded in mystery and professional embarrassment.”

Such attitudes amount to the loss of a learning opportunity to train better physicians, according to Gunderman. While he did not cite any particular case of wrongdoing by a radiologist, he used billing fraud as an example.

“These cases take a tremendous toll on an institution,” he said. “We hire people based on their professional CV, but we fire them based on their character.”

At IU, one of their resident training conferences is dedicated to such ethical exploration. He said that in his experience visiting many imaging departments across the country such training is not as widespread as it should be. He advocates open discussion and advises IU residents on several specific points, including:

1: Fraud is usually incremental: It’s never one big fork in the road when a physician decides to break the law. It’s usually a small and growing series of compromises. A radiologist who becomes cynical about coding and documentation requirements may be taking the first step on a path to breaking the law.

2: A sense of community is a strong bulwark against unethical conduct: Everyone has the potential to make an unethical choice, but they are less likely to do so when they feel part of a team dedicated to doing what’s right. Good role models play such an important role in building a healthy culture. People need to hold each other accountable.

3: People need to take responsibility for their culture: A culture of silence does not foster improvement so transparency is vital. Also, there are real rewards in practicing medicine with good ethics. These positive aspects should encourage better patient care and professionalism in medicine.

“This is not just a suburban or rural hospital issue,” said Gunderman. “Some of the leading academic institutions in the country have been in trouble. If we’re going to avoid going down the same path, we need to understand the stories and conduct of people who got into this predicament – not just heap scorn upon them.”