Looking for an alternative contrast agent? How about barley?

Looking for an alternative contrast agent? How about barley? 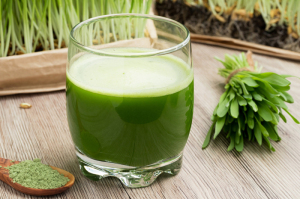 "It's really incredible. Here you have this common grain – it has been grown all over the world for thousands of years, and used to make tea, bread, beer – and we're just now finding another use for it as a contrast agent for medical imaging," said Jun Xia, Ph.D., assistant professor in the University at Buffalo Department of Biomedical Engineering.

The researchers experimented with different foods but focused on darker ones, which absorb laser energy better and create sharper images.

When using roasted barley, it was possible to “detect individual particles of it through 3.5 centimeters of chicken breast tissue, as well as through human hands,” noted the researchers.

Additional experiments showed that it worked in people for throat imaging during swallowing.

And since it is edible, the grain could also be ingested to image the GI tract, the researchers noted.

This isn't the first time researchers have looked to foodstuffs to create better imaging.

In 2016, a study in the journal Tomography reported on the use of a natural sugar compound to find tumors.

“Tumors consume more sugar than normal tissue, which is well known,” Peter C.M. van Zijl, chief of the neuroscience division of MR research in the department of radiology at John Hopkins Medicine, told HCB News. “Normally it takes 10 years or more to translate agents to humans, but because of the safety of using simple sugar, we could do it much faster.”

The MR diagnostic technique with sugar was first proposed at Hopkins and by an English group in 2012.

“Sugar is a natural compound that will not stay in the body,” van Zijl explained.