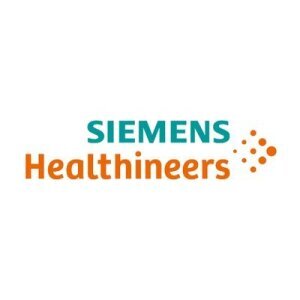 He called the imaging business “super-strong” and said that the first fiscal year for the company had been “very successful.”

He responded to the challenge of tariffs, saying that the company has a “truly global” network of production, with twin factories for many products like MR and CT in Germany and China. The global demand can then determine where things are produced, he explained, advising that at present “we keep our operations both in China and Germany.”

Montag also discussed the success of the company's lab diagnostics solution Atellica, telling Bloomberg that 990 of the systems had been shipped by the end of September – the high side of its target. Of the sales, 35 percent went to new customers.

The Healthineers had “strong” sales of its imaging systems, including X-ray, CT, and MR, according to Reuters, with “comparable sales growth of 4 percent in its fourth quarter to 3.7 billion euros.”

China demand was particularly high, with sales up 6 percent.

The $47 million euro initial costs of the IPO hurt Q4 operating profit, which fell 6 percent to 627 million euros for the period ended in September. But once adjusted, earnings were ahead of 651-million-euro estimates at 674 million euros. Forecasts for 2019 sales growth are now put at 4-5 percent, with an adjusted profit margin of 17.5-18.5 percent, according to the news agency.

In August, Siemens Healthineers had begun to look at ways to ease the tariff hits to costs by altering supply routes to ship more of its U.S.-destined goods from European factories rather than Chinese ones, chief financial officer Jochen Schmitz told reporters at the time, according to Reuters.

“This won’t happen without leaving some trace on our results because we have to change logistic chains ... depending on how the situation develops,” he said.
1(current)
2