Half of radiologists have net worth of $2 million or more

Half of radiologists have net worth of $2 million or more 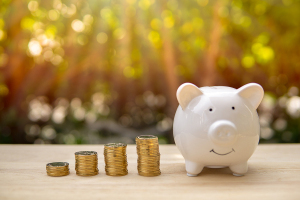 The good news: radiologists scored among the highest in net worth, compared with other medical specialists.

And radiology tied for first place with plastic surgery and orthopedics as specialties whose practitioners had at least $2 million of net worth overall — at 49 percent.

The less-good news: 16 percent of radiologists did have less than a half-million dollars of net worth, although that tied with gastroenterology as the specialty with the fewest members in the least affluent group, according to Medscape's “Physician Wealth and Debt Report 2019”.

“Today’s financial picture for physicians shows both highs and lows,” the report stated, adding that, “some doctors are stockpiling savings while others are struggling to pay off debt and live a comfortable lifestyle.”

The survey analyzed responses from over 20,000 physicians in over 30 specialties, with radiologists accounting for four percent of the total responding.

Radiologists also fared well when it came to paying off student debt. At 19 percent, the specialty ranked as one with the fewest practitioners still paying off education loans. Top in this category was emergency medicine, with 33 percent still paying off their loans.

– 33 percent of all doctors claim they “have never made a particular investment mistake.”
– 30 percent report they've put money in a stock or firm that “turned out badly.”
– Just seven percent of doctors live above their means and fully 41 percent reported that they actually live below their means.
– 44 percent said they worked with a financial planner, while 48 percent had met with or used a planner in the past but do not have one at present.

Physicians also reported that their biggest expenses or debts included a mortgage, for 65 percent, and car payments, for 38 percent.

In addition, the survey noted that fully 49 percent of all doctors have a “mental budget” for personal expenses, with just 18 percent having a formal, written one, and 34 percent having none.

In early April, the Doximity annual 2019 Physician Compensation Report showed that overall physician compensation plateaued for the first time since 2016, and found that female physicians' compensation rose by 2 percent.

That study made use of surveys of about 90,000 U.S. physicians practicing at least 40 hours per week.

“We have over 70 percent of all U.S. physicians as members,” Dr. Mandy Armitage, director of medical content at Doximity told HCB News at the time.