Siemens diagnostics president to step down, new board member appointed 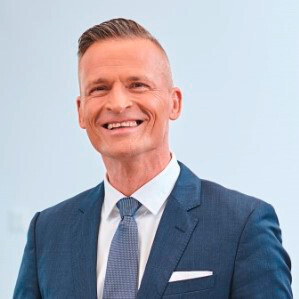 Dr. Christoph Zindel has been
appointed as a member of the
Managing Board of Siemens
Healthineers.
Michael Reitermann, the president of diagnostics at Siemens Healthineers, is stepping down from his position and will leave the company in September, according to a company statement.

The decision is said to be an amicable one reached between Reitermann and the Managing Board of Siemens Healthineers, of which he is a member. Siemens Healthineers CEO Bernd Montag will assume responsibility for the Diagnostics business segment, as well as the enterprise services and customer services business horizontals, and for the regions Americas (AM), Europe, Middle East and Africa (EMEA) and Asia-Pacific (AP).

As part of its reorganization, the board has appointed Dr. Christoph Zindel, head of diagnostic imaging at Siemens, as a new member and as the head of the company’s imaging business segment and advanced therapies business segment.

A trained physician with several years of surgical experience, Zindel has headed diagnostic imaging, the largest business area at Siemens, since 2018. In addition to his work as a doctor, Zindel brings both international experience and experience working in a variety of management positions with Siemens, including in the U.S. He will assume his new role on October 1.

“In Christoph Zindel, with his extensive experience both in Germany and abroad, we have an outstanding manager who will lead the imaging and advanced therapies businesses into a successful future, also capitalizing on the opportunities offered by digitalization and AI,” said Sen.

Reitermann, who is also responsible for the company’s regional sales and service organization, is expected to step down on September 30.