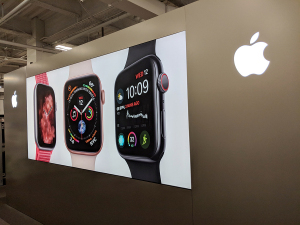 Apple’s health team may be catching a bit of a chill, after “a slew of departures in the past year,” and “tension” recently, after a series of leadership moves and fights over direction, according to a CNBC report.

Based on “eight people familiar with the situation,” the news network said that some have felt sidelined in recent months.

“Four of the eight people said some employees hoped to tackle bigger challenges in the health-care system, such as medical devices, telemedicine and health payments. Instead the focus has been on features geared to a broad population of healthy users,” according to CNBC.

But all agreed that regardless of internal conflicts “health does remain a strategic priority for Apple,” noted the news network, in line with CEO Tim Cook's stated hope that for all that Apple has already achieved, health breakthroughs will be its “greatest contribution to mankind.”

Those who have left include 8-year Apple veteran Christine Eun; Brian Ellis, who returned in June to Apple Music from Apple-employee-clinic subsidiary AC Wellness; and Matt Krey, who departed in May, according to CNBC.

Others who had already left included Warris Bokhari, who joined Anthem and Andrew Trister, who took a post at the Gates Foundation.

According to its sources, an internal morale survey revealed “discontent” among the health team.

“Most” of those who have departed work for Dr. Sumbul Desai, who runs the clinical health team that is in charge of the AC Wellness health clinics, the electrocardiogram app and the Apple Heart Study, and health strategy, according to the news organization.

According to four sources, a major sticking point is “long-term vision for the health team, with some wanting to tackle “more ambitious projects and doing more in health,” rather than aiming more at wellness and prevention.

Wellness issues are considered “less risky and less regulated,” versus taking on the challenge of “diagnosing and treating disease.”

Apparently internal efforts to further initiatives in telemedicine and health payment arenas were not successful — nor were efforts to make more use of sleep-sensor Beddit, bought in 2017 by Apple — said the sources.

Conflicts also involved the AC Wellness health clinics — to stay focused on employees or move into software development for the clinician population at large.

There were also disagreements over how to interact with the medical community and the industry itself. For example, the Apple Watch ECG, launched in 2018, caught some pushback from doctors and the healthcare industry. Some had wanted to keep the launch smaller, to get more involved with the medical community publicly first — but instead such interactions were secretive. Two sources also told CNBC that the traditional Apple secrecy surrounding product launches could prove a problem in the medical space because of the wide use of published research, clinical studies and open dialogue.

Apple health efforts were also in the news in March, when researchers at Stanford University found that findings of the Apple Heart Study, a virtual evaluation of more than 400,000 participants, showed that wearable technology could safely identify irregular heart rates that were later confirmed to be atrial fibrillation.

“The study’s findings have the potential to help patients and clinicians understand how devices like the Apple Watch can play a role in detecting conditions such as atrial fibrillation, a deadly and often undiagnosed disease,” Dr. Mintu Turakhia, associate professor of cardiovascular medicine and one of the principal investigators in the study, said in a statement. “The virtual design of this study also provides a strong foundation upon which future research can be conducted to explore the health implications of wearable technology.”