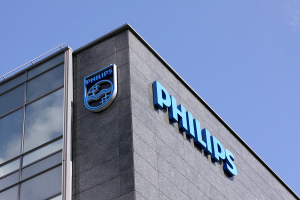 The planning board of the town of Colonie, a suburb of Albany, New York, will be voting on the $13.2 million Philips Medical Systems MR expansion of its Latham facility.

“I don't see any problem with it. It's one of those locations that abuts the airport. It's not one of those projects that are intense in the use of traffic,” said Joe LaCivita, the town's director of planning and economic development, according to the Albany Business Review, adding that, “It's just purely a distribution manufacturing component to the project.”

The new distribution facility is slated to bring over 90 jobs to the area.

Under consideration by the board at this point is the final okay of site plan and state environmental quality review — the proposal got its preliminary concept acceptance in the summer.

If, as expected, permits are issued in a week after the approval, the company can begin construction by end of October.

"We’ve been doing a lot of things behind the scenes to get them to move forward," LaCivita told the review, stressing that, “it's one of those projects you rarely get and you want to keep.”

The project is a win for Philips, as well, thanks, in part, to $1 million in New York Excelsior Jobs Program tax credits from Empire State Development (ESD) — if Philips meets its commitment to retain at least 400 jobs and add 94 new ones in the next five years. In its May announcement of the tax credits, ESD noted that the company had local roots, as “Latham-based Philips Medical Systems MR was founded as Intermagnetics General Corporation in 1971.” That company was bought by global giant Philips in 2006.

A bigger Philips development project, totaling 60,000 square-feet, had won local approval in 2006, but the plans changed.

“They moved that part of the project … to another location,” LaCivita told the paper. “We were competing with Connecticut, Massachusetts and even some of their corporate locations overseas, so we're extremely excited that they chose Colonie for this portion.”

In May, when the tax credits were announced, Michael Morich, Philips Medical Systems MR Business Leader and Head of Research and Development, told the Times Union, “we are excited to expand our operations in Latham, which will ultimately benefit our customers, our business and the community, and we are thankful to the Excelsior program for its support.”

Earlier in October, Philips was in the news when it gave guidance that it will not hit its profit margin goals for the year, calling out tariffs and less-than-stellar results of its Connected Care division efforts.

CEO Frans van Houten said at the time, “tariffs have gone up, definitions have become clearer,” also noting that, “the impact has gone up, while mitigating actions have been delayed.”