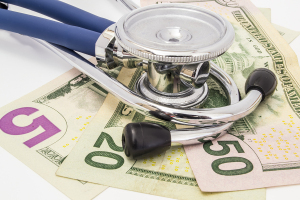 The growth behind 3D mammography has involved over $9 million in marketing — almost half devoted to honoraria, consulting, travel, meals and drinks — without clear proof of saving more lives than other, more traditional approaches, according to a new report from Kaiser Health News.

The report found that in the past six years, “3D equipment manufacturers — including Hologic, GE Healthcare, Siemens Medical Solutions USA and Fujifilm Medical Systems USA — have paid doctors and teaching hospitals more than $240 million, including more than $9.2 million related to 3D mammograms.”

“Can we say that 3D is better?” Dr. Worta McCaskill-Stevens, a senior researcher at the National Cancer Institute who helped design a $100 million study of 165,000 women to track 3D for five years, told KHN. “We don’t know.”

In response to the KHN report, Hologic issued a statement emphasizing the clinical benefits of 3D mammography.

“This article, which comes as women nationwide are focused on their health during Breast Cancer Awareness Month, is misleading because it is touted as an investigative piece, yet fails to recognize the more than 250 peer-reviewed clinical studies that consistently demonstrate the benefits of 3D mammography over 2D mammography,” said Pete Valenti, Hologic’s division president for breast and skeletal health solutions. “Articles like this have the potential to confuse and mislead women into questioning the fact that early detection saves lives."

KHN reported that it had also found financial links to industry in numerous researchers who produced favorable studies. In its review of the Medicare Open Payments database, KHN found that “influential journal articles — those cited hundreds of times by other researchers — were written by doctors with financial ties to the 3D industry.”

The 3D screenings cost about $50 more than standard mammograms; and since Medicare started to cover the procedure in 2015, the agency has paid an additional $230 million on breast cancer screenings. Almost half of covered mammograms are now 3D.

EDIT: This article was updated to include the response from Hologic.