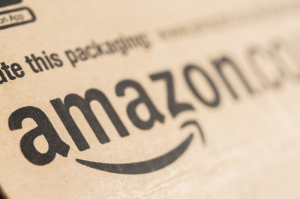 Amazon has followed its PillPack buy with a second healthcare sector acquisition, Health Navigator, the online giant confirmed to CNBC.

It will become part of the Amazon Care group, which provides care to its employees.

“The service eliminates travel and wait time, connecting employees and their family members to a physician or nurse practitioner through live chat or video, with the option for in-person follow up services from a registered nurse ranging from immunizations to instant strep throat detection,” an Amazon spokesperson told CNBC in an email.

Chicago physician David Thompson is CEO of Health Navigator, which he founded in 2014. He is known for developing the Schmitt-Thompson protocols — the standard method used by healthcare professionals like nurses and doctors to get patients to the right place — usually via call centers, according to the Chicago Tribune.

The Health Navigator platform uses natural language processing to record both health complaints and recommendations, and integrates with apps via application programming interfaces (APIs), according to TechCrunch. An API is an interface or communication protocol between a client and a server that simplifies building client-side applications.

Health Navigator works with partners like Microsoft to offer tools such as symptom checkers that can help with remote diagnosis, triage, and help patients decide if their issues warrant getting further care. It is especially useful to customers involved with telemedicine, according to its website.

No official confirmation of the deal has yet come from Health Navigator, but CNBC cited a pair of unnamed sources who stated that it will not be renewing any customer contracts.

Amazon was in the news in March, when it announced that its JP Morgan, Berkshire Hathaway healthcare partnership will be named Haven. The Haven name was picked to reflect its stated goal of partnering with providers in the market to address healthcare needs of the trio's 1.2 million employees, according to CNBC.

When the trio established the joint venture in January 2018, the companies compared the ballooning costs of healthcare to “a hungry tapeworm on the American economy.”

“Our group does not come to this problem with answers. But we also do not accept it as inevitable. Rather, we share the belief that putting our collective resources behind the country’s best talent can, in time, check the rise in health costs while concurrently enhancing patient satisfaction and outcomes,” Berkshire Hathaway chairman and CEO, Warren Buffett said at the time.