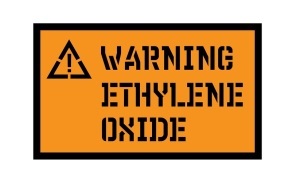 At issue is the possibility of a court-ordered closure of the Becton Dickinson, or BD, plant in suburban Atlanta as soon as next week over pollution controls, which comes on the heels of the recent closing of other ethylene oxide sterilization facilities.

“It’s kind of like a tipping point right now. If there were to be any more closures, then the likelihood is we will not only see spot or local shortages, it will have a ripple effect nationally,” Dr. Suzanne Schwartz, the acting director of the Office of Strategic Partnerships and Technology Innovation at the FDA’s Center for Devices and Radiological Health, noted, according to WABE.

The FDA warned about possible shortages in a statement last week.

The agency added that it recognized the threat of emissions in populated areas, and that in July it had begun a pair of “innovation challenges” to find newer, safer ways to perform sterilization.

The first challenge is to identify new sterilization methods with the goal of encouraging approaches that do not rely on ethylene oxide.

The second challenge is to reduce ethylene oxide emissions to as close to zero as possible.

Beyond that, the FDA is holding public meetings over issues related to ethylene oxide sterilization.

The concerns come on the heels of the closing of a pair of large Sterigenics sterilization facilities over use of the chemical, in Willowbrook, Illinois, and in Georgia’s Cobb County.

An FDA review had identified had pinpointed 109 census tracts with higher cancer risks due to air pollution, mostly linked to ethylene oxide. Two of these are near the Cobb Sterigenics plant, and the other is near the BD facility.

At present, Schwartz advised that device shortages do not exist, but the agency has been informed by roughly a dozen makers that inventories of sterilized devices are running low. “They tend to be smaller manufacturers and startups,” she told WABE.
1(current)
2