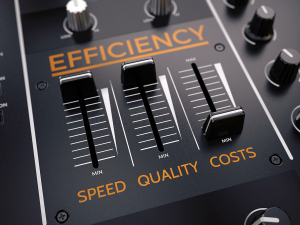 Judy Travis is the senior director of support services at Texas Health Presbyterian Hospital Dallas, part of the Texas Health Resources system. She’s also a Lean Six Sigma Black Belt, which means when a department’s not working well, Travis often gets called in to fix it.

That was the case in 2017 when she was tapped to assess the RTLS (real time locator system) that was initially deployed in 2009. Six years had passed between its initial deployment and Travis being put in charge of looking into the system’s use and efficacy. The system was intended to save the organization money by optimizing the use of rental equipment and minimizing redundant rentals as well as helping to decrease the need for new equipment purchases. Use of the RTLS system allowed staff to save considerable time spent in searching for critical equipment. At the outset, the RTLS deploy was deemed very successful. It played the usual role of an RTLS, giving staff the ability to know what equipment was on campus, what was in use and what was available.

The system’s early success led to too much of a good thing and scope creep occurred without the requisite “feed and watering” as Travis terms it. The individuals who were part of the initial deployment left for other facilities within Texas Health Resources. The RTLS was handed over to another group who expanded its use to include patient tagging.

By the time Travis was asked to take a look, there was about $300K being spent on the system, but it was largely wasted funds as the system was barely being used and that raised big questions. “I was asked to determine if we keep it, discontinue it, or use it in another fashion,” Travis says.

Travis set about gathering information. She also gathered a few allies for the task. “I pulled in a finance person and another young lady who works very close with me who’s very good at building relationships and seeing the big picture,” she recalls.

She also used tools from her Lean Six Sigma training, with the biggest being brainstorming. To that end, she gathered the house supervisors, who according to Travis, are the nurses basically running everything in the hospital as far as bed and patient movement. She also recruited nurse managers and housekeeping to find out who — if any of them — was using the RTLS and how they were using it. If they weren’t using it, she wanted to find out why they weren’t. Once everyone was gathered for brainstorming and feedback, it was clear there was value in the system. It just needed that feeding and watering.
1(current)
2