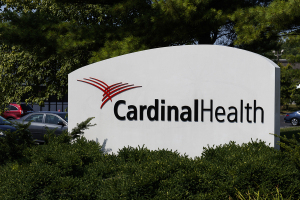 The company alerted customers on January 11th and also in a January 15th statement that it had “become aware of an issue related to the environmental conditions at a facility” making the garment, was working with the FDA, and issued a “voluntary product hold.”

A spokesperson for Cardinal Health, based in Dublin, Ohio, said by email that “the safety of our products is a responsibility that we take very seriously.”

“Upon becoming aware of an issue related to the environmental conditions at a contract manufacturer, we initiated an investigation, placed a voluntary hold on product inventory, and are working with the U.S. Food and Drug Administration to quickly resolve this issue for our customers and the patients they serve,” the Cardinal Health spokesperson told Pittsburg's TribLive via email.

Cardinal stated that its voluntary recall included 9.1 million gowns, of which “7.7 million units were distributed to 2,807 facilities; 1.4 million were produced but not distributed.”

The move could impact patient care, especially things like elective surgery, the FDA said in a January 16th statement, adding that, “there are very real consequences that medical device supply chain disruptions can have on patients.”

At this point, however, it advised that it wasn't aware of patient “harm” due to the gown shortage.

The agency noted that it is working “closely” with Cardinal Health to understand and address the quality problems, to assess potential risks to both patients and healthcare providers, and supply-chain impacts, and that it agreed with the manufacturer’s recommendation to stop using the “affected lots of Level 3 surgical gowns or PreSource procedural packs.”

Cardinal stated that it has also “terminated its relationship with the contract manufacturer,” stressing that, “we cannot provide sterility assurances with respect to the gowns or the packs containing the gowns because of the potential for cross-contamination.”

The supplier took the action after learning of unsanitary "environmental conditions" at a plant in China that makes the garment according to the HealthLeaders news site.

Cardinal Health advised that it was offering its Level 4 gowns as a substitute and that it has also ramped up production of alternatives. “we have increased our own production of similar products and our employees have been working to identify alternative products,” it said in a January 21st statement.

There have been anecdotal reports of surgery delays.

At Newton-Wellesley Hospital in the Boston area, one patient — needing a chemotherapy port immediately — found himself facing a potential delay for the procedure due to the issue, the man's son-in-law told WBZ.

When the family pushed, the hospital managed to cut down the time-lag, but the struggle was hard for him to take. He told the CBS station he felt, “anger first and foremost,” adding “it was something so simple.”