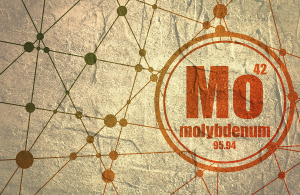 SHINE Medical Technologies plans to add production plants in Europe to the Mo-99 supply chain, in addition to the Janesville, Wisconsin, facility now under construction.

“The current supply chain sucks,” SHINE founder and CEO Greg Piefer told a Wisconsin Technology Council luncheon in Madison recently, according to Wisconsin Business, adding that, “the patient is not being denied a test — they’re being given ultrasound or some other alternative test that’s less effective — and so they don’t really know they’re being mistreated in a way if there’s a shortage.”

The U.S. is the leading consumer of Mo-99 at present, followed by Europe, which is the biggest producer now, but is slated to end production in 2025.

“It’s run by the Dutch government, and they want to get out of it,” he said, according to the news site, stressing that, “we need to make sure those patients are taken care of, so we have an aggressive plan to not only sell to Europe, but to build a second plant there as well.”

SHINE’s $100 million Janesville plant is scheduled to go online for commercial production in 2021. At that time its eight accelerators should be able to crank out roughly two-thirds of global demand — about 300,000 doses a week, according to the site.

As part of the ongoing effort to deal with Mo-99 shortages, in September, 2019, the Department of Energy awarded funding to Northwest Medical Isotopes in Corvallis, Oregon, for production without the use of highly enriched uranium.

The award followed three others in July that were given to Niowave, NorthStar Medical Radioisotopes, and SHINE.

“Mo-99 is a critical medical isotope that empowers us to fight back against heart disease and cancer,” said Lisa Gordon-Hagerty, DOE undersecretary for nuclear security and NNSA administrator, in a statement at the time. “These agreements will facilitate its domestic production without highly-enriched uranium, greatly reducing the potential for proliferation of nuclear materials.”

In January, SHINE announced that it, along with the Institute of Organic Chemistry and Biochemistry (IOCB Prague) and GE Healthcare, produced patient dose quantities of the therapeutic isotope lutetium-177 (Lu-177) a major step toward commercial production using the IOCB technology for Lu-177.

“Producing clinically relevant doses of any therapeutic radionuclide is not easy and we have demonstrated that our technology can meet the challenge for nca Lu-177,” said Dr. Miloslav Polasek of IOCB Prague.

Calling Lu-177 “one of the key drivers of growth in the medical isotope market,” Charles Shanks, GE Healthcare’s principal engineer, Life Sciences, noted that the development created “a major opportunity to better serve the market.”

In July, 2018, the Society of Nuclear Medicine and Molecular Imaging, joined OEMs, advocacy groups and nuclear medicine providers worldwide to urge Congress to provide money toward a domestic supply of Mo-99 in the U.S.

The group pointed to “problems with international sources due to various technical reasons” in its letter to the Subcommittee on Energy and Water Development to approve a provision in both the House of Representatives and Senate Fiscal Year 2019 Energy and Water Appropriation bills that would help fund production of Mo-99 as part of the National Nuclear Safety Administration’s medical isotope program.