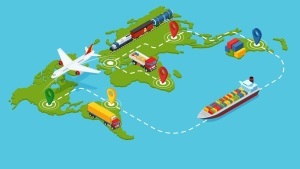 The aim is to reduce U.S. foreign dependency on medicines, says Navarro, who adds that the departments of Veterans Affairs, Health and Human Services and Defense buy significant amounts of medical equipment and are currently facing challenges from foreign supply chains due to the increased demand for resources during the coronavirus pandemic.

“We need to have them buy that from American producers on American soil,” he told CNBC.

News of the order comes amidst reports that the U.S. is trying to persuade a German company, CureVac which is seeking a vaccine for the virus, to bring its research to the U.S. U.S. officials have denied the allegations, but anonymous German government officials say the accusations are true, prompting German politicians to insist that no country should have a monopoly on any future vaccine.

“The German government is very interested in ensuring that vaccines and active substances against the new coronavirus are also developed in Germany and Europe,” a German Health Ministry spokeswoman said in a quote to the German newspaper, Welt am Sonntag, and later confirmed in an interview with Reuters. “In this regard, the government is in intensive exchange with the company CureVac.”

Access to medical equipment and supplies such as face masks from global supply chains is not the only concern. Senators Marsha Blackburn and Bob Menendez recently introduced legislation that would invest $100 million in the U.S. production of drugs and reduce reliance on pharmaceuticals manufactured abroad.

Navarro adds that 70% of ingredients used in advanced pharmaceuticals are from overseas. “The essence of the order … is to bring all of that home so that we don’t have to worry about foreign dependency.”

Hospitals throughout the U.S. currently face a number of shortages, from hospital beds for patients with severe cases of coronavirus to trained personnel and staff.

Efforts to alleviate the financial impact include an $8.3 billion coronavirus spending bill passed earlier this month; a payroll tax cut pushed by the president to serve as an $800 billion economic stimulus; a 1% cut in interest rates by the Federal Reserve; and the launch of a $700 billion quantitative easing program.

A second emergency coronavirus bill that would include provisions for free coronavirus testing, secure paid emergency leave, enhance unemployment insurance, strengthen food security initiatives and increase federal Medicaid funding to states is currently awaiting a vote by the Senate after passing last week in the House. No vote has been scheduled as of yet.

The impact of the virus — which was declared a global health emergency and pandemic by the World Health Organization — has caused severe drops in the market over the past few weeks, with U.S. stock futures "limited down" 5% on Monday Morning. The exchange traded funds that track the Dow Jones Industrial Average and S&P 500 were off more than 10%.