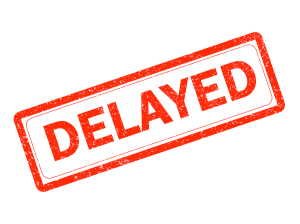 The Japanese healthcare giants, which began discussing the deal back in December, were aiming to complete the acquisition some time in July. Fujifilm, however, now says that “delays in some of the preparations” brought on by the spread of the virus have changed the completion schedule and that both parties will need more time to hammer out and finalize the details.

"Due to the spread of COVID-19 globally, preparations for regulatory laws related to matters and clearance for anti-monopoly have been delayed. Government offices, legal offices and others impacted by lock downs and stay at home measures have slowed these activities," Dave Wilson, director of communications for Hitachi Healthcare Americas, told HCB News.

The decision to sell stemmed from a desire to grow the competitiveness of Hitachi's diagnostic imaging business and subsequently, its healthcare operations. Fujifilm was seen as a viable buyer due to its expertise in AI and IT, as well as its expansion of its medical imaging and health IT businesses in the field of prevention and diagnosis, according to Wilson.

The acquisition is expected to boost Fujifilm’s edge in the global medical imaging market, which is dominated by GE, Siemens and Philips with a combined share of 65%, reported the Nikkei Asian Review in December. The Hitachi division holds a 5.5% stake and is predicted to bring Fujfilm, which holds 2.9%, close to Canon, which holds the number four spot in the sector.

The deal would transfer Hitachi’s portfolio of CT, MR and ultrasound gear to Fujfilm, aligning with the latter’s desire to expand its medical equipment business. It recently launched a new business division dedicated to systems integration, which will focus on image and data integration within the operating room and interventional suites, and support providers as they integrate their imaging solutions.

It also was reported in January to be a contender vying to acquire Curium Pharma, a manufacturer of medical imaging supplies, in a deal that was expected to be worth at least $3 billion. This followed its recent purchase in December of 25% of Fuji-Xerox owned by Xerox U.S., which it is transforming into a subsidiary that will develop a new imaging product designed out of a combination of both companies’ technologies.

The acquisition of Hitachi's diagnostic imaging business is a step in Fujifilm's plan to become a comprehensive healthcare company, according to Wilson, who says Fujifilm's IT/AI platform will create new domains for Hitachi and that Hitachi will play a major role in Fujifilm's healthcare business. He predicts the delay to have little to no impact on the terms of the agreement.

"If there is a negative, it is that the customers will not be able to leverage the unified portfolio that will be created when the two companies come together, sooner" he said.