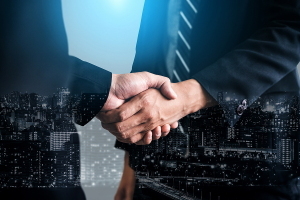 Gilead will now own Trodelvy (sacituzumab govitecan-hziy), an antibody-drug conjugate that was granted accelerated approval by the Food and Drug Administration in April.

Trodelvy is an FDA-approved treatment for adults with metastatic triple-negative breast cancer (mTNBC) who have received at least two prior therapies for metastatic disease.

The FDA’s fast approval of Trodelvy, which launched in May, was based on the results of a phase I/II study published earlier this year in the New England Journal of Medicine. The response rate among the study subjects who received Trodelvy therapy was 33%, and (overall) half of the cancers responded to Trodelvy for nearly eight months.

“Trodelvy is an approved, transformational medicine for a form of cancer that is particularly challenging to treat,” said Daniel O’Day, chairman and chief executive officer, Gilead Sciences, in a press statement. “We will now continue to explore its potential to treat many other types of cancer, both as a monotherapy and in combination with other treatments.”

Approved as a third-line treatment for mTNBC—which represents approximately 15 – 20% percent of all breast cancer cases, Gilead and Immunomedics say the treatment may combat earlier stages of the disease. Few targeted medicines that treat mTNBC — the most aggressive form of breast cancer — currently exist, according to breastcancer.org. Also, mTNBC is more likely to spread beyond the breast and recur after treatment.

Detailed study results are scheduled for presentation at the European Society for Medical Oncology Virtual Congress 2020.

Gilead says Trodelvy gives the company a cornerstone product that broadens and deepens its solid tumor pipeline, building on current marketed products and late-stage clinical candidates for patients with hematological malignancies at Kite and Gilead, including Yescarta, Tecartus and magrolimab.

Gilead is funding the purchase with $15 billion in cash on hand and $6 billion in newly issued debt. The $21 billion price for Immunomedics is five to 10 times the peak sales that Wall Street had foreseen for Trodelvy, according to Barron’s, and the purchase is biotech’s most expensive acquisition in a decade. Furthermore, the company’s earlier deals, such as the purchase of blood cancer fighter Kite Pharmaceuticals, and a $5 billion partnership with Galapagos, have yet to produce significant profit. The FDA also denied approval of Gilead’s experimental arthritis treatment last month.

Nonetheless, one day after the announcement was made, Immunomedics shares climbed as much as 106%.