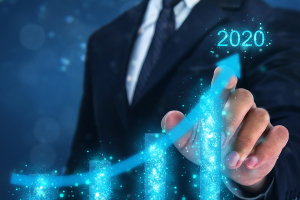 M&A activity is continuing strong in Q3 despite the impact of the pandemic
M&A activity remains strong despite the ongoing COVID-19 pandemic, with the average size of seller by annual revenue remaining at historically high levels, at just under $400 million in Q3.

In fact, researchers at Kaufman Hall say the pandemic may in fact be a catalyst for strategic partnerships and tactical transactions.

"While the pandemic has not changed the fundamental drivers of M&A activity, it has actually created new ways for deals to be executed," Anu Singh, M&A practices leader and managing director at Kaufman Hall, told HCB News. "Some processes that required more careful or rigorous consideration of strategic rationale, or that may have involved parties not as familiar with one another, may require traditional in-person meetings, and are having their timelines impacted. In other contexts, where the path to alignment, common view of strategic vision and/or an underlying set of relationships were present or easy to coalesce around, avenues like Zoom and other video formats have allowed for partnerships to flourish and even surpass timelines of more traditional processes."

The third quarter saw the highest number of transformational transactions in a single calendar quarter, with four new ones announced. They include the $11.5 billion merger between Cone Health and Sentara Healthcare in the Southeast; a merger between LifeSpan and Care New England in Rhode Island; a merger between CHI Franciscan and Virginia Mason in the Pacific Northwest; and a partnership among Novant Health, UNC Health, and New Hanover Regional Medical Center in North Carolina.

Partnerships previously announced have continued uninterrupted by the pandemic. For instance, Northwest Community Healthcare in Chicago announced its partnership with NorthShore University Health System, while Saint Peter’s Healthcare System in New Jersey signed a definitive agreement with Robert Wood Johnson Barnabas Health, as it said it would in December 2019. Not-for-profit hospitals and health systems showed the highest level of activity, completing 17 of the 19 announced transactions. Five involved religiously sponsored acquirers, and five others involved academic acquirers.

Emerging trends transactions (many of which were in progress prior to the pandemic) are also moving forward, with the virus having little impact on the pace or partner’s high interest for these tie-ups. Even transactions that were put on pause have started up again, such as the definitive agreement between UMass Memorial health Care and Harrington HealthCare. In addition, partnerships have experienced revivals, an example being that of Lifespan and Care New England, both of which signed a formal letter of intent to combine this quarter.
1(current)
2