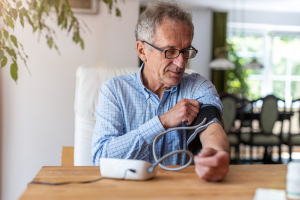 CMS has issued a final rule that enables devices to be covered by Medicare at the same time they are approved by the FDA
The Centers for Medicare & Medicaid Services has passed a new rule that is expected to cover medical devices for Medicare beneficiaries more quickly.

The Medicare Coverage of Innovative Technology (MCIT) final rule creates an accelerated pathway that enables Medicare to provide national coverage to products that are approved at the same time by the FDA under “breakthrough” designations. It is designed to eliminate lag time between FDA approval and the completion of the Medicare coverage process.

Under the final rule, Medicare can cover a device for up to four years, after which CMS will consider permanent coverage for the solution based on clinical and real-world evidence that demonstrate improved health outcomes with it among Medicare beneficiaries.

The pathway is expected to motivate manufacturers to produce additional evidence of their devices’ capabilities for the Medicare population to continue coverage after the four years end. It also simplifies the local coverage determination process and enables seniors to have equal access to the same device regardless of where they live.

The decision has won praise from healthcare leaders like AdvaMed CEO Scott Whitaker. “It means that when a device or diagnostic test that is designated as a breakthrough and determined by the FDA to be safe and effective, Medicare patients can be the first in line to get it when their doctors determine it is necessary.”

But it also has garnered criticism from opponents who say the final rule distorts the true purpose of the “breakthrough” designation pathway, and would prefer Medicare require manufacturers to produce more clinical evidence rather than doing so voluntarily, according to Politico.

“This will both add cost and reduce evidence relevant to seniors,” tweeted Peter Bach, director of Memorial Sloan Kettering’s Center for Health Policy and Outcomes.

The final rule will clarify the standard CMS uses to determine if Medicare should cover items and services, like devices and surgical procedures. It also may cover MCIT eligible breakthrough devices that the FDA has approved up to two years’ prior to the final rule’s effective date.

Manufacturers may choose the date for when coverage begins to better align the availability of their products.