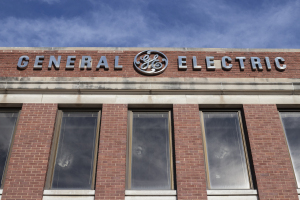 The company fired more than 90 employees Friday in a second round of layoffs, having previously fired close to 50 in December, reported ABC News affiliate, WKOW 27. A GE spokesperson confirmed that some of the employees let go were among those hired between April and June to help manage the spike in requests for ventilators by providers worldwide.

“In response to lower ongoing demand, we are making adjustments that impact a portion of the additional employees hired last year. This decision does not reflect on the performance or dedication of the impacted employees. We will work with them to help find other opportunities within the company, and we remain committed to Madison and the state of Wisconsin, where we employ thousands of people across the state,” said Hannah Huntley, director of external communications for GE Healthcare, in a statement.

The company hired 250 employees in total after receiving a $336 million contract under the Defense Production Act in April 2020 to produce 50,000 ventilators by June 13, 2020. The company negotiated an emergency one-year extension for a contract it had with the district chapter of the workers’ union, the International Association of Machinists and Aerospace Workers (IAM) union, that enabled GE sales and production workers to work side-by-side to fulfill global demand, according to News 3 Now.

Following the layoffs, IAM expressed hope that those impacted will find quality jobs elsewhere in the company. It also has questioned the impact the layoffs will have on Madison, with jobs continuing at other plants or moved overseas.

“The long term business plan of GE, is it continue those productions at other facilities and/or overseas? Or is it to keep jobs in Madison and continue to employ those employees that were hired throughout this last year?” IAM District 10 business representative Joe Terlisner told News 3 Now. “Now that we’ve ramped up and have started ramping down, we’re still over employment levels that we were in early 2020.”

Laid off employees will retain up to two-year call-back rights under the current collective bargaining agreement, according to News 3 Now.