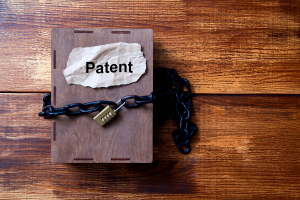 Concluding a suit that dates back to 2019, the Patent Trial and Appeal Board ruled that Zap Surgical’s ZAP-X Gyroscopic Radiosurgery platform did not infringe on Elekta’s U.S. patent for a rotatable treatment system.

“It is a shame that it has taken an expensive two-year legal process to arrive at this obvious conclusion. Innovation is hard, painstakingly slow and expensive yet it is ultimately the only right focus for successful medical device companies, especially given the fact that patient's lives are at stake,” John Adler, CEO and founder of ZAP Surgical, told HCB News.

The ZAP-X Gyroscopic Radiosurgery platform — FDA cleared in 2017 — is the first and only vault-free stereotactic radiosurgery delivery system. It is designed as an alternative for invasive surgery that delivers high-dose radiation to brain tumors precisely, while protecting normal brain tissue, eyes and other organs. Its design saves providers an estimated one to two million dollars on shielded radiation treatment rooms.

It also has a modern accelerator that frees it from requiring Cobalt-60 radioactive sources, doing away with costs to license, secure and regularly replace live radioactive isotopes.

Elekta sought monetary damages with a three-fold enhancement for willful infringement, as well as an injunction that prohibits the importation, manufacturing, use and sale of the ZAP-X.

“We are disappointed and disagree with the recent findings of the U.S. Patent Trial and Appeal Board and, following appropriate review, will take the appropriate steps to address this decision in the scope of the continuing dispute,” Mattias Thorsson, vice president and head of corporate communications and public affairs, told HCB News.