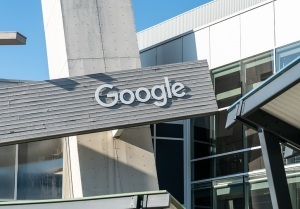 The tech giant has restructured the division into three groups and transferred 130 employees from Google Health to other teams within its company, including its search division and Fitbit, which it acquired in January for $2.1 billion, according to Business Insider.

“We brought together some teams to combine expertise and focus our efforts on health and wellness. Google Health will continue to build products for clinicians, conduct research to improve care and make people healthier and to help ensure all health-related projects at Google meet the highest standards,” Google Health told Insider.

The first group of its restructured healthcare division will focus on clinical work, particularly around the development of Google Health’s Care Studio. The solution enables clinicians to essentially perform Google searches on patient EHRs, with a pilot already in place at private healthcare system Ascension in St. Louis. Initially met with backlash in 2019 due to Google accessing Ascension patient’s HIPAA-protected health information, the pilot was further expanded across the healthcare system earlier this year.

The second will be known as Health AI and will concentrate on building new software tools to improve medical imaging and genomic analysis. It will also do the same for algorithm-based screening for diabetic retinopathy, a project that Google previously worked on with its sister company, Verily.

The final group will be a collaboration between the clinical teams from Fitbit and Google Fit divisions and will focus on managing regulatory, clinical and equity issues within Google Health, the Fitbit team and other companies belonging to Google Health.

The transfer of nearly 20% of Google Health’s staff brings its head count down from about 700 to 570. Those transferred were mainly working on health sensors and personal health records to make Fitbit offerings more competitive with products such as the Apple Watch, the Apple Health app and Amazon’s emotion-tracking Halo.