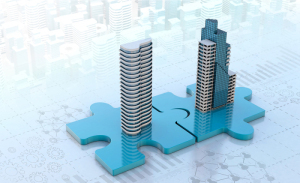 ScionHealth will be made up of Kindred’s 61 long-term acute care hospitals and 18 of LifePoint’s community hospitals and associated health systems. In the acquisition deal, LifePoint will combine its more than 65 remaining hospital campuses and its network of physician practices and outpatient centers with Kindred’s rehabilitation and behavioral health businesses following the closing of the transaction.

The acquisition and launch of the new company are expected to help make LifePoint a more diversified healthcare delivery network, said David Dill, president and CEO of LifePoint, in a statement. “In forming two companies with unique areas of focus, LifePoint Health and ScionHealth can improve access to quality care, create more opportunities for our employees and invest in our communities.”

LifePoint and ScionHealth will be well capitalized businesses and will focus on care at the bedside. They will invest in innovative service and technology to advance clinical efficiencies and compliance to make healthcare more accessible and enhance community-based care. Each ScionHealth hospital will operate under the same name as it currently does, with communities still able to obtain care from their same providers.

Both LifePoint and ScionHealth will have separate leadership and boards of directors. ScionHealth will be headquartered in Louisville where Kindred currently is and be managed by both LifePoint and Kindred executives. Rob Jay, executive vice president of integrated operations at LifePoint, will become the CEO of ScionHealth. Dill, meanwhile, will remain president and CEO of LifePoint, which will continue to be headquartered in Nashville.

Benjamin Breier, CEO of Kindred Healthcare, will leave the company following the completion of the transaction. “Our patients and partners will greatly benefit from two well-capitalized and diversified companies that are unique in their focus but also share a deep commitment to quality care, collaboration, and creating great workplaces.”

LifePoint announced its intention to acquire Kindred back and invest $1.5 billion into the organizations back in June. Both companies are owned by private equity players. LifePoint was acquired by PE firm Apollo for $5.6 billion in 2018, while a number of PE groups, including Humana, bought Kindred in 2017 for $4.1 billion. The groups later split off its long-term care and home health businesses, according to Healthcare Dive. Humana agreed to buy the remaining stake in Kindred at Home for $5.7 billion in April of that year, the largest acquisition in the payer's history.

The acquisition is expected to be completed by the end of the year and will be subject to customary closing conditions. LifePoint and ScionHealth expect to enter into transition service arrangements to support operations at both companies following the closing.
No financial details were disclosed.

Neither LifePoint nor Kindred responded to HCB News for comment.