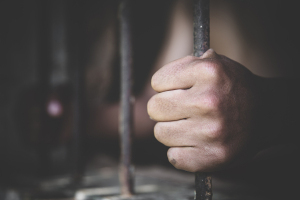 U.S. District Judge Cynthia Bashant sentenced Sam Sarkis Solakyan, 40, of Glendale, to 60 months in federal prison for submitting fraudulent claims for medical services that he obtained by bribing and providing kickbacks to physicians. She also ordered Solakyan to pay $27,937,175 in restitution to the victim insurers and banned him from working in healthcare and workers compensation industries for three years upon his release from prison.

Solakyan ran diagnostic imaging facilities in the Bay Area, Los Angeles and Orange counties, and San Diego and was the CEO of Vital Imaging in Glendale and San Diego MRI Institute. From mid-2013 to November 2016, he bribed and provided kickbacks to doctors in exchange for referrals of workers’ compensation patients. He would either pay cash or refer patients himself in a scheme known as cross-referral.

“[Solakyan] paid some $9 million in kickbacks in order to generate over $250 million in fraudulent medical billings, the vast majority of which were for MR images that were totally medically unnecessary. [Solakyan] devised, and through his kickbacks fueled, a cross-referral scheme that incentivized [co-conspirators] to herd patients to physicians who over-prescribed ancillary services in exchange for cash and other economic benefits,” said the prosecution in a sentencing memorandum.

Solakyan worked with recruiters to obtain referrals, including chiropractor Steven Rigler; Fermin Iglesias, the former CEO of patient-scheduling company, MedEx Solutions; and Carlos Arguello. They required physicians to refer a minimum number of patients for “cross-referrals” and would send any referrals back if the physicians failed to meet the minimum quota.

The bribes amounted to a total of $8.6 million and were made in volume-based payments per MR scan. Payments were concealed from patients and health insurers by disguising them as part of sham contracts for marketing, administrative services and scheduling. Solakyan, for instance, hid his cash payments to Rigler for referrals by calling them “reports,” according to a September 2018 federal grand jury indictment

Solakyan was originally scheduled to be sentenced on October 4, but this was pushed back.