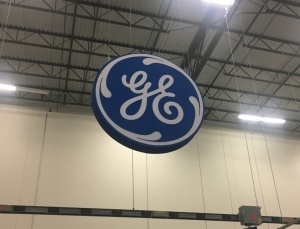 At its 2022 Investor Day meeting on March 10, the tech company said it predicts organic revenue growth and an organic expansion of over 150 basis points and adjusted earnings per share (EPS) of $2.80 to $3.50. It also expects to make over $7 billion in free cash flow in 2023.

The meeting is the last one before the planned spin off of GE Healthcare in early 2023. The company plans to create three independent companies that will focus on global demands for precision health, renewable energy and aviation, respectively.

“As strong, customer-centric businesses, each will benefit from greater accountability, team alignment and capital allocation flexibility to enable a more sustainable, healthier and connected future,” said GE chairman and CEO Larry Culp during the presentation, which was held at GE’s Power and Aviation facilities in Greenville, South Carolina.

GE Healthcare serves more than one billion patients and facilitates over two billion procedures annually. It has installed more than four million medical solutions worldwide and made $18 billion in revenue in 2020.

The company announced its intention to spin off its healthcare unit in 2018 in an effort to focus on power, aviation and renewable energy divisions and to simplify its business, reduce debt and improve its share price. It also spun off its train manufacturing business that year, as well as its distributed power division in a $3.3 billion sale.

It reaffirmed its intention in November to make the healthcare unit a separate entity and said it would focus on lean fundamentals to better serve providers and patients and improve operations. The decision marks the end of the conglomerate’s 129 years as a whole company. It also said back then that it predicted having high-single-digit free cash flow margins in 2023.

As a newly independent business, GE Healthcare will focus on precision health and be led by newly appointed president and CEO Peter Arduini. Culp will serve as a non-executive chairman of the company following its spin-off.

GE will still retain a 19.9% stake in the business. It expects to pay a one-time charge of $2 billion for the separation, as well as operational and tax costs of less than $500 million.

Following this spinoff, the same will be done to GE Renewable Energy in early 2024, which will allow the original company to focus solely on aviation. The creation of three separate companies is expected to bring long-term growth, deeper operation focus, greater accountability, more strategic and financial flexibility and distinct investment profiles for each segment.
1(current)
2