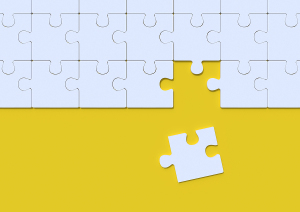 The two inked a nonbinding letter to begin a “due diligence process” to determine the “viability of NOCHS joining Trinity Health,” they announced in a joint statement.

Founded in 1967, the 81-bed NOCHS ran under the North Ottawa Community Hospital Authority until 1996, when residents voted to shift hospital ownership to a private corporation, the North Ottawa Community Health System. By law, the merger would need the approval of a public vote for NOCHS, an independent practice, to merge or be sold to another nonprofit. But bills introduced in the House by state Rep. Greg VanWoerkom, (R.) and in the Senate by Sen. Roger Victory (R.) would eliminate this legislation, if passed, and allow the merger to move forward, reported MLive.com.

A Catholic nonprofit based in Livonia, Trinity Health stretches across 25 states and has had a strategic alliance with NOCHS “to coordinate patient care along the West Michigan lakeshore” since 2016. “While NOCHS’ unwavering commitment continues, the viability of operating an independent community hospital in the current healthcare environment is becoming increasingly challenging for midsized hospitals faced with staffing shortages, ever-changing reimbursement models and limited, essential operating capital. We want to do all we can to ensure healthcare access remains in the Grand Haven community, while seeking the best possible outcome for our patients and our communities,” said NOCHS in a statement.

In a statement, VanWoerkom called the need for a public vote a “redundant, time-consuming step.” He added that North Ottawa Community Health System President Shelleye Yaklin has testified in support of his bill, and said that “the COVID-19 pandemic has been incredibly challenging for hospitals across the nation — particularly for small independent hospitals that do not have the economy-of-scale staffing and supply benefits of larger health systems.”

The vote to switch ownership in 1996 was meant to make the hospital more competitive with the creation of the authority allowing it to levy a millage on residents in the cities, village and townships around it. The hospital tax raised approximately $293,000 annually over a 23-year-period.