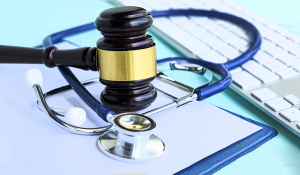 The U.S. Department of Justice has filed a complaint alleging that Methodist Le Bonheur Healthcare and Methodist Healthcare Memphis Hospitals engaged in a kickback scheme with Memphis-based cancer practice West Clinic worth millions of dollars — which the government wants to get back.

Methodist says the claims are old news and that the government has mischaracterized the relationship.

The filing centers on alleged violations of the False Claims Act (FCA) and the Anti-Kickback Statute (AKS) “for paying unlawful kickbacks to West Clinic, P.C. (West) in exchange for West’s patient referrals,” U.S. Attorney Mark H. Wildasin for the Middle District of Tennessee said in a statement.

“Methodist knowingly agreed to pay West millions of dollars in kickbacks for the revenues Methodist expected to, and ultimately did, realize from West’s referrals,” stated the U.S. Attorney's office.

The scheme, disguised as an illegal partnership, DOJ claimed, ran from 2012 to 2018 — continuing even after the whistleblower suit filed in mid-2017 by Jeffrey H. Liebman, who is the former president of Methodist University Hospital.

“The multi-agreement transaction purported to be a lawful way to allow West’s patients to be treated at Methodist locations by West-employed physicians for outpatient and inpatient services, with West providing management services to Methodist’s adult oncology service line,” DOJ stated.

The result of the arrangement was that Methodist got bigger Medicare reimbursements relating to the cancer care. “The parties described it as a “partnership” to achieve a cancer “center without walls,” where patients would go to Methodist-owned facilities for all their cancer-related care in what was called the West Cancer Center. However, there was never any formal partnership created, as to do so likely would have violated regulatory requirements,” noted the DOJ statement.

To cover up the alleged kickback part of the scheme, Methodist made a separate for-profit $7 million investment in ACORN Research, in which both West and its Medical Director and shareholder, Dr. Lee Schwartzberg, had a financial interest.

This deal let Methodist provide “an immediate influx of millions of dollars in cash to West through its purchase of certain assets, as well as the ACORN investment, which resulted in a repayment of $3.5 million in debt owed to West and its shareholder, Dr. Schwartzberg,” DOJ stipulated.

In addition, “kickbacks for the revenues Methodist generated from the West referrals,” stated DOJ, “were disguised as payments Methodist made to West during the seven years of the deal, and expressly for certain services that were supposed to be — but were not — provided under the management services agreement.”

Buying West’s outpatient locations let Methodist bill Medicare “not only for the facility and professional components of outpatient treatment, but also for the chemotherapy and other drugs provided, for which Methodist could recoup a staggering discount in costs through the 340B Discount Drug Program, resulting in $50 million in profits to Methodist in one year alone,” the DOJ alleged.

Methodist Le Bonheur Hospital responded to the latest DOJ claims by stating that the allegations “mischaracterize the relationship between MLH and West Clinic,” noting that, “the affiliation’s compensation structure was designed by respected outside experts who determined it reflected fair market value.”

In addition, the statement advised that, “our payments were appropriate, and MLH received the services due under affiliation agreements. The government’s belated decision to intervene in the suit two years after it declined to do so has changed nothing about the case.”