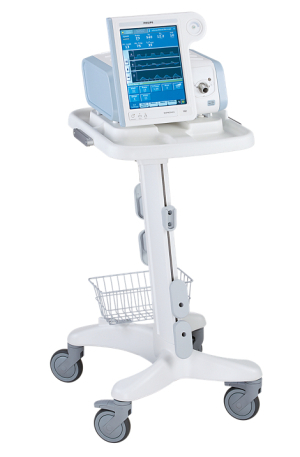 Last June, the company recalled some of its breathing devices and ventilators after finding a polyurethane foam material component may degrade and release small particles that irritate the airways and could potentially cause cancer. The company said it would replace up to four million devices and conduct more testing on the foam.

Reports of injuries and adverse events skyrocketed in the last year, according to the FDA. Calculating 124 deaths and over 21,000 medical device reports (MDRs) it received, the agency put out a May 19 safety communication update. “A wide range of injuries have been reported in these MDRs, including cancer, pneumonia, asthma, other respiratory problems, infection, headache, cough, dyspnea (difficulty breathing), dizziness, nodules and chest pain," it reported.

According to the FDA, Philips turned over 30 MDRs about the foam deterioration between 2011 and 2021. It also was aware of 14 instances related to the issue that span all the way back to April 2016.

"Although MDRs are a valuable source of information, this passive surveillance system has limitations," the FDA noted in the update. "The incidence, prevalence, or cause of an event cannot typically be determined from this reporting system alone due to under-⁠reporting of events, inaccuracies in reports, lack of verification that the device caused the reported event, and lack of information about frequency of device use."

The extent of the challenges associated with Philips' ventilators and respirators first came to light in April 2021 when the company revealed a software issue in its V60 and V60 Plus ventilators that reduced oxygen flow to patients. It later issued a Class One recall, the most serious type, for the devices.

It issued another a year later for both, along with its V680 ventilator, due to a circuit issue that causes them to cease operations. The problem affected at least 99,283 devices, according to the company.

And right before this, in March, it flagged its V60 and V60 Plus ventilators for having parts held together by an expired adhesive that risked becoming loose and leading the machines to shut down.

The combination of these problems in 2021 led the company to voluntarily withdraw from the sleep therapy market for at least a year to get to the bottom of the issues. It later said it would expand its ongoing recall, leading to a 15% drop in its stock in January. This also cost it nearly 40% (about $739 million) of its Q4 2021 adjusted EBITDA earnings and eroded its market value by about $5.1 billion.

The Department of Justice subpoenaed Philips in May 2022 for more information on the issues. The company has taken a €65 million (about $70 million) provision for the repair and replacement of its solutions, as well an approximate $107 million provision for potential higher costs.

The FDA says it is behind on the agency's preferred timeline for repairing and replacing the 5.2 million devices affected. Philips says it has so far produced 1.1 million replacement devices and repair kits and expects to complete the vast majority of repair-and-replace programs by the end of the year.