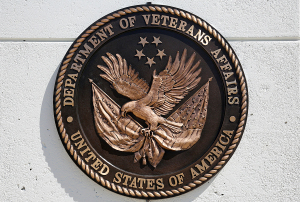 The program sends prescriptions for more than 4.5 million supplies to Medline, which distributes them directly to veterans' homes for various conditions, including incontinence, diabetes, wound care and enteral feeding.

It has served in this role for more than 20 years, according to Chris Powers, a U.S. Navy veteran and Medline vice president of government. “Medline has consistently invested in new technology, as well as innovative processing, packaging and shipping capabilities, to ensure efficiencies, cost-effective deliveries and secure patient data,” he said in a statement.

Medline distributes over 300,000 medical solutions in North America and manufactures another 80,000. Powers says that the company continually assesses supplies and distribution methods.

It ships items from its California facility, as well as a 1.2 million square-foot site that the company opened in 2021 in Mississippi. The new facility delivers over $350 million in annual orders and employs 450 employees. The locations of both sites minimize shipping costs for the VA and delivery time for veterans.

“CMOP views this partnership as a critical service to ensure that the veterans we serve receive supplies in a timely and accurate manner, without having to leave their home,” said Rick Purko, RPh, associate chief consultant PBM/CMOP.

The company also has a separate contract to provide medical and surgical supplies to VA hospitals and medical centers.

And back in April, it signed a multiyear, $725 million agreement to become the exclusive medical supplies and solutions distributor for Mount Sinai Health System. The two will strategize on how to enhance supply chain operations, control expenses and improve patient outcomes, with Medline supplying Mount Sinai’s eight hospital campuses, school of medicine and ambulatory practices. https://www.dotmed.com/news/story/57537