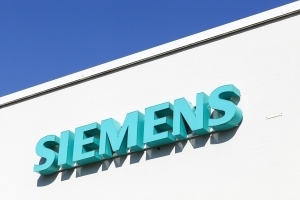 Jochen Schmitz, the company's chief financial officer, confirmed the position on Tuesday, June 28, saying that the company “already repositioned the business at the end of last year and is investing heavily in it,” reported Reuters.

The ultrasound business develops devices for various procedures, including general scanning and advanced echocardiography. It has attracted several bids, with the subsidiary calling in JPMorgan to review them, say investment bankers.

It was valued in 2021 at $1 billion and racked up €400 million ($420.84 million) last year, a relatively small sum compared to the company’s other healthcare divisions. This led to talk that the company was considering a sale. Remarking on the company’s stake in the ultrasound space at the time, CEO Bernd Montag said that “we can be in the business, but we don’t have to be.”

The company moved its ultrasound headquarters from Mountain View, California to Issaquah in Washington state in 2020 to finish assembling its ultra premium ACUSON Sequoia ultrasound system. Launched in 2018, the scanner has a Deep Abdominal Transducer and high-powered architecture that enables it to image patients of different sizes.

The move to Issaquah, plus the addition of new manufacturing operations, was expected to help the company maintain its strong foothold in the region, where it first set up shop in 1993.

In June, the company donated ten ultrasound units to Ethiopia’s Ministry of Health, reported media outlet Walta TV. The government will distribute them to healthcare providers across the country to diagnose COVID-19 cases, as well as communicable and non-communicable diseases.