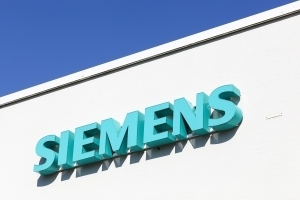 “In diagnostics, we have come to the conclusion that the dramatically changed macroeconomic environment demands immediate and comprehensive measures,” he said, adding that these “external headwinds” have “materially outweighed the significant operational improvements we have achieved.”

The news sent shares for the company up almost 2%, reported Reuters.

Among the changes will be less focus on certain geographic locations for the diagnostics division and more on strategic areas, resulting in staff reductions, according to Montag.

Sources within the company told Reuters that the plan will involve job cuts and abandoning certain locations. Additionally, it has reduced its revenue estimates for the division, estimating between 3% to 5% growth per year until 2025, instead of 4% to 6%.

The company will spend a similar amount to the savings on the overhaul, which is projected to cost between over $357 million and $459 million (€350 million to €450 million), but will be a one-off payment.

And despite COVID-19 delaying its launch, Siemens announced that it will release its Atellica CI 1900 laboratory testing system internationally in the new year. Designed for low- to mid-volume labs, the solution performs up to 1,120 tests per hour and uses the same reagents and consumables as other Atellica line products, but in a slightly smaller package.

Upon its release, Siemens plans to begin removing more than 50% of older systems from the market earlier than planned.

Increases were also seen in its imaging and advanced therapies divisions, its Varian acquisition, and its diagnostics arm.

Its coronavirus antigen testing business was responsible for over $1.5 billion (€1.5 billion) earned in the 2022 fiscal year alone, an 18% rise in full-year net income.