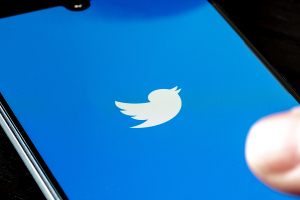 The tweet read, "We are excited to announce insulin is free now,” and was published on November 10. The account, which has since been taken down, had a verified blue checkmark and a profile picture of the company’s logo, reported The Washington Post.

Eli Lilly responded within two hours, tweeting, "We apologize to those who have been served a misleading message from a fake Lilly account. Our official Twitter account is @LillyPad."

But the tweet was retweeted thousands of times, leading to a 4.5% drop in the company’s stock in just a few hours. Following this, Eli Lilly stopped all its Twitter ads, potentially costing Twitter “millions,” former senior communications director at Eli Lilly, Amy O’Connor told The Post.

The incident is an example of a recurring trend of people impersonating verified accounts and spreading false information. While already a practice, it has grown in just weeks following new CEO Elon Musk’s decision to remove any barrier for verification on Twitter by selling the infamous blue verification checkmark in $8 subscriptions.

Many have also questioned his decision to lay off more than 50% of its workforce, including multiple content moderation individuals.

The price of insulin remains inaccessibly high for many people, having doubled from $2,864 in 2012 to $5,705 in 2016, according to Gizmodo. Eli Lilly is one of three companies that manufactures it for type 1 and type 2 diabetes, and has increased pricing 1200% since 1996, according to advocacy group Patients for Affordable Drugs.

Several Twitter users seized on the opportunity to criticize Eli Lilly for this price hike, including Senator Bernie Sanders. “Eli Lilly should apologize for increasing the price of insulin by over 1,200% since 1996 to $275 while it costs less than $10 to manufacture. The inventors of insulin sold their patents in 1923 for $1 to save lives, not to make Eli Lilly's CEO obscenely rich,” he tweeted.

Twitter has since made the blue checkmark subscription unavailable, with Musk tweeting on November 11 that "parody accounts would soon have a 'Parody' subscript to clarify" their intent.

Profiles that have gone through the verification process prior to Musk’s blue checkmark decision have a gray “Official” tag to distinguish them from other accounts.