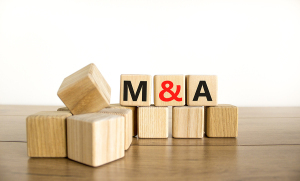 Sources told Reuters that Carlyle has discussed creating a consortium with other private equity firms to make an offer to HPN. The sources requested anonymity due to the confidential nature of the matter.

Based in Los Angeles, the privately-held HPN serves nearly 700,000 patients in California and also has footprints in New York and Arizona. It is made up of over 3,700 physicians, more than 10,000 specialists, and almost 1,700 affiliated facilities. It also generates a cash flow of around $600 million annually, said the sources.

Bloomberg News reported in October 2021 that the company was exploring a sale.

Headquartered in Washington, D.C., Carlyle employs 21,000 professionals worldwide and manages $369 billion in assets, according to its website.

If successful, the deal would be one of the largest leveraged buyouts of the year, according to Reuters, but there is not yet any certainty that Carlyle will make a bid or that one would be accepted by HPN’s controlling shareholder Richard Merkin, who founded the company’s predecessor in 1979 and is currently the chief executive for HPN.

Additionally, banks have pulled back on committing to private equity firms following large interest rate increases that cost them money from trying to sell poor-rated debt to investors, reported Reuters. Only two leveraged buyouts worth over $10 billion took place in 2022, compared to five in 2021, according to S&P Global Market Intelligence.

Still, private equity firms are investing more in acquisitions and mergers of primary and urgent care providers, offering options to scale hospital operations and capitalize on backlogs in care created by the pandemic.

CVS acquired Signify Health for $8 billion in September, and Amazon bought primary care provider One Medical in July for $3.49 billion.

Neither Carlyle nor HPN responded to Reuters for comment.