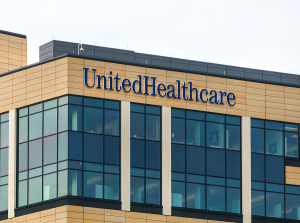 The deal was completed in October, following months in court with the DOJ, which argued that the deal would create a monopoly for UHG by giving it access to sensitive information from rival insurers and hinder competition in the health IT space.

But U.S. District Judge Carl Nichols ruled in September in favor of UGH, which argued that Optum is separate from its insurance sector, UnitedHealthcare, and that there were policies to protect sensitive data.

Bloomberg reported its appeal plans after finding a filing on the case docket. A UnitedHealth spokesperson told the news outlet that “the appeal is without merit.”

The companies announced the deal in January 2021, with Optum agreeing to pay $8 billion, plus an additional $5 billion for Change’s debts.

Critics say the deal will lead to price hikes for hospitals and lower quality of care. The DOJ filed a suit in February to halt the deal on the basis of these concerns. The suit followed an investigation it launched in March 2021.

To resolve antitrust concerns, the companies have agreed to divest Change’s claims editing business of ClaimsXten to TPG Capital, which was also a condition of the court order that approved the merger.