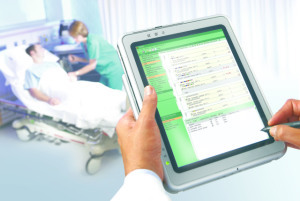 After nearly 20 years on the market, PACS may be experiencing a quarter-life crisis. The technology is expected to reach 90 percent penetration by 2014, according to a recent report from Frost & Sullivan. Most facilities are on their second or third replacement PACS. Over the next few years, PACS replacements are expected to contribute only modest gains; the industry will grow from $1.1 billion in 2011 to $1.4 billion in 2018, the Frost & Sullivan report says.

And PACS has moved away from home. As web-based PACS, vendor-neutral archiving and cloud storage become increasingly commonplace, PACS is no longer constrained to physical sites. It’s also evolved from just serving radiology to being a part of cardiology, mammography and, soon, pathology departments.

PACS customers have grown up, too.

“The PACS industry has gone through its development and maturation,” says Philip Manly, president of Connect Imaging, a PACS vendor. “People who are buying PACS understand what they need. They don’t need to be told what it means and what it does. They understand much more what they want, which means they can be much better shoppers.”

The PACS industry’s next direction is up for debate. Health care reform and tightened budgets drive the market, and meanwhile, changing technology may alter the industry for good. While PACS and RIS currently have close ties, some experts predict PACS may ditch traditional RIS with its archiving and communication features to make room for a “best-of-breed” approach to working with images. The next generation of PACS may look nothing like the current one.

Making PACS meaningful
One factor driving the PACS replacement market is stage 2 meaningful use. The second part of the government’s health IT incentive program, which will go into effect in 2014, includes radiology-related “menu items” that hospitals can select to be a part of their MU efforts.

“The PACS market is not going to really grow,” says Steve Tolle, senior vice president of solutions at Merge Healthcare. “You’ll just see 1 to 2 percent growth, really around workstation consolidation. The real innovation is going to happen around interoperability and how do you actually do everything that the government is contemplating under meaningful use.”
1(current)
2
3
4
5
6