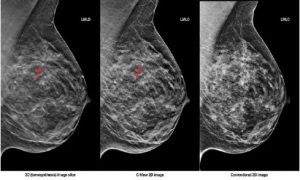 It’s no secret that getting a mammogram is a nerve-wracking experience for many women. Although some studies suggest women at higher risk for breast cancer are more likely to get regular screens, others show that the most fearful women are the least likely to be screened.

But these recommendations aren’t a fluke: The American College of Physicians made similar recommendations two years ago and the National Breast Cancer Coalition, an advocacy group for patients, has openly expressed skepticism around mammography’s limitations and urges women to make their own decisions based on the best available facts.
1(current)
2
3
4
5
6