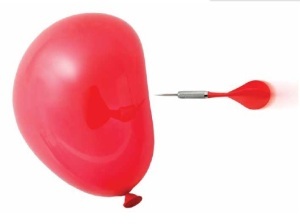 From the October 2013 issue of HealthCare Business News magazine

If you’re in the health care industry, you’ve probably been aware of the looming helium shortage -- the gas is critical for the operation of MRI machines, among other applications.

Fortunately, the short-term crisis has been averted. On Oct. 2, President Obama signed the Responsible Helium Administration and Stewardship Act into law, which will prevent the premature closing of the Federal Helium Reserve in Texas. At least for now, the global helium shortage likely won’t be made worse in the short term.

However, this doesn’t solve the helium shortage in the long term. Because the demand for helium is rapidly outpacing supply, experts agree that helium rationing will be the new normal going forward, with or without the shutdown.

Cold Wars
How did we get into this mess in the first place? Its origins trace back nearly a century ago to World War I, when the United States started stockpiling helium to compete with Germany’s inflatable aircraft.

During the Space Race, when helium became an important source of coolant to create rocket fuel, the U.S. paid natural gas producers to extract helium — a byproduct of natural gas — and re-inject it into the Federal Helium Reserve, just outside Amarillo, Texas.

However, these efforts came with a hefty price tag, putting the government $1.4 billion in debt.

Fast forward a few decades to 1996, when a budget-conscious Congress decided that this debt needed to be paid off. It passed the Helium Privatization Act, which forced the government to sell off its helium reserves until the debt erased. Upon settlement of the debt, the plan was that the government would then bow out of the helium business, leaving the private sector to pick up where the government left off.

But the U.S. government’s mandatory sell-off has had a detrimental effect on the market. Because it was selling helium at artificially low prices, private companies didn’t have much incentive to extract and sell helium to compete with the government or look into recycling technologies.

And what lawmakers didn’t foresee was that this cheap supply of helium coincided with a surge in demand brought on by a rapid expansion in the semiconductor industry — which makes components responsible for modern electronic devices — as well as more widespread adoption of then-novel medical technologies such as MRI.
1(current)
2
3