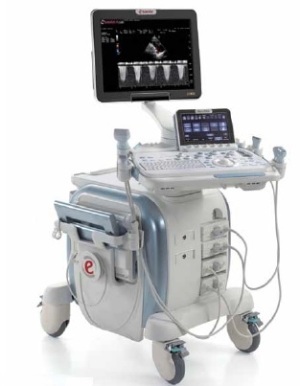 Ultrasound is garnering a lot of attention at the moment, and it’s not just physicians who are taking notice.

In many ways, the technology is in the midst of a perfect storm. It has been in the shadow of other modalities for a long time, but there’s been a shift in recent years amid renewed safety and health concerns. CT received some bad press in 2009, when concerns were raised around patients receiving excessive doses of radiation. Meanwhile, in late June, a widely covered study showed that excessive CT scans were raising children’s cancer risk. In fact, study author Diana Miglioretti recommended that physicians use ultrasound as an alternative to CT for certain scans.

In short, ultrasound has become a desirable alternative for a confluence of reasons: it’s noninvasive, portable and cost-effective. Global ultrasound is projected to grow 27 percent over the next five years despite the challenging economic climate.

The forecast for the U.S. market is a bit more subdued. The data for sales in 2012 indicate that it broke its string of double digit growth for two years running, according to Maher Elhihi, senior manager of market development, ultrasound at Toshiba. He stresses that the market is still growing, just not as quickly.

To be sure, there are still bright spots of growth, particularly in the musculoskeletal market. Experts also point out that reimbursement for ultrasound has held steady compared with cuts in other imaging modalities such as MR and CT.

And while the still-expanding point-of-care space is starting to reach maturity, it’s clear that OEMs view this market as a strategic pillar: this year in June, Mindray announced that they were acquiring Zonare, one of the three major point-of-care ultrasound companies in the U.S., while rival firm SonoSite was acquired by Fuji in 2011.

A matter of time?
There’s no denying that one of the biggest selling points of ultrasound is its price. As one of the least expensive imaging modalities, the technology is used much more widely in places like cost-conscious Europe.

But with health care reform set to go into effect soon, the U.S. fee-for-service model is inevitably due for a change, and most experts believe we’ll have little choice but to follow in Europe’s footsteps. Reimbursements aren’t expected to keep pace with the influx of new patients in need of imaging, and hospitals will consequently continue to be expected to accomplish more with less.

Proponents see the potential for ultrasound to take over where other imaging modalities fall short, screening more patients for lower cost.
1(current)
2
3
4
5
6