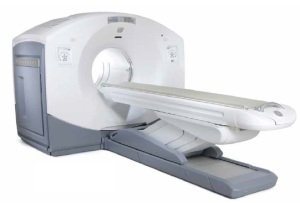 Molecular imaging (formally called nuclear medicine) is caught in a paradox at the moment. Although the field is on the cusp of exciting breakthroughs, particularly on the radiopharmaceuticals side, it also faces some major challenges.

Because molecular imaging excels at visualizing cellular changes that occur during the early stages of a disease, it has the potential to detect disease long before it can be spotted in a CT or MR scan. Those in the field argue that this technology is uniquely suited to provide what they term personalized medicine -- a course of treatment that caters to each individual’s unique physiological makeup.

But whether this vision is compatible with the current paradigm shift toward value-based health care is another story. Proponents argue that molecular imaging may ultimately provide a more accurate and efficient diagnosis that eliminates the need for extra testing. However, it’s also notorious for being very costly and heavily regulated.

In short, the future of molecular imaging is up in the air. Though just three years ago Frost & Sullivan had a sanguine forecast for the field—predicting growth from $552.4 million in 2010 to $841.8 million in 2017— it’s far from clear whether that’s still the case.

“The forecast was a little too aggressive,” says Roberto Aranibar, senior analyst at Frost and Sullivan. “The market’s been stalling and people have been expecting these markets to take off for a while but it hasn’t happened yet – things happen slowly.”

A few factors contribute to this stalled growth. For one, the health of this sector hinges overwhelmingly on the question of reimbursement, which have been declining precipitously since 2010. Nuclear cardiology in particular took a big hit in 2010 when Medicare bundled three reimbursement scan codes into one.

Furthermore, dedicated cardiac scanners are on the decline. Cardiology practices are increasingly integrating with hospitals, and the majority of them will be employed by hospitals in the next few years. The imaging equipment they had in their practices will therefore disappear because hospitals already use general-purpose scanners. In general, the ongoing trend of cardiac practices integrating with hospitals will continue to exert downward pressure on the market — especially if reimbursements continue to drop.

“Some hospitals may be thinking about adopting PET/CT, but the problem is, they’re not sure whether it’s going to work out from a financial perspective,” says Aranibar.
1(current)
2
3
4
5
6
7