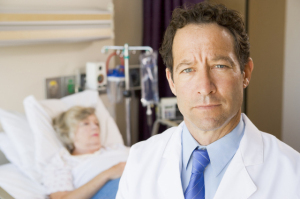 Only one-third of consumers and hospital administrators, one-quarter of primary care physicians and one-tenth of specialists believe that the health care system is on the path to success, according to a new survey conducted by Booz Allen Hamilton and Ipsos Public Affairs. The survey was carried out in August and included 1,000 consumers and 400 primary care physicians, specialists and hospital administrators.

The survey found that 84 percent of the consumers are satisfied with their physician-patient relationship yet the cost of that care is a concern for them. Most of them — 86 percent — stated that the cost of out-of-pocket medical expenses is very or extremely important to them yet just over half of them are satisfied with what they pay.

Furthermore, six in 10 are worried that the level of health care they currently have will not be accessible to them in the next five years.

The physicians also have a negative outlook about the future of their practices. Two-thirds of them are satisfied with their current practice but only 61 percent are confident that it is well situated to be successful in the changing health care environment.

Everyone is aware that controlling and reducing costs is the recipe for success, yet there is disagreement about how to carry that out. Most of the specialists — 68 percent — believe that the answer is tort reform but the primary care physicians (61 percent), and administrators (76 percent), are all for preventative medicine.

The administrators are also in favor of emerging practices that physicians aren't particularly fond of, including technology, telemedicine, accountable care organizations, and patient-centered medical homes.

Technology holds the potential to improve care, communication and collaboration between patient and physician, which in turn leads to reduced costs and better overall health care. One in 10 of the physician providers have a favorable view of mobile applications for health and disease management and offer at least one type to their patients.

Yet adoption seems to be lagging. Seven out of 10 of the consumers own a smart phone or tablet device yet only 22 percent of them use it to manage their health or insurance. The key to adoption may lie in integrating the apps with social media since three-quarters of the consumers have used some type of social media in the last month.

Booz Allen Hamilton and Ipsos Public Affairs will continue to conduct this survey annually to stay on top of these trends.

James Blandi talks about his new position at LFC Capital

The case for ultrasound in an era of health care reform

It's a good time for hospital construction

ACOs are evolving, where will imaging fit in?