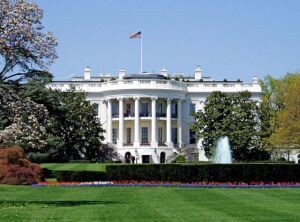 According to the American College of Radiology, this could take medical decisions out of doctors' hands, may delay or deny lifesaving imaging, and could result in longer wait times for patients.

"Inserting a bureaucratic middleman between physicians and patients will limit seniors' access to diagnostic services, while resulting in wasteful health care spending and fewer investments in research and development," said Gail Rodriguez, executive director of MITA.

MITA even refers to a study in the Journal of the American College of Radiology, which showed that radiology benefits managers do not produce savings but rather shift costs to other areas of the health care system.

According to the health care consulting firm Avalere Health, the president's budget plan calls for overall cuts of $402 billion over ten years' projected spending on Medicare and Medicaid, with a majority coming from Medicare. The budget also supports congressional efforts to change the way Medicare pays doctors, emphasizing improved quality. For Medicaid, the budget proposes a one-year extension of higher payments for primary care practitioners.

"I think all the things that you see in the budget are reflective to some degree of the sentiment of health care policy in general and where things are headed," Elizabeth Carpenter, director in the health reform practice at Avalere Health, told DOTmed News.

While the proposals in the budget are not anything new, and even echo those in previous budgets, stakeholders are concerned about the broader implications.

In a conversation about health care reform at RSNA 2013 in Chicago, Dave Fisher, Siemens Healthcare's policy vice president, told DOTmed News that he's worried about these very obstacles physicians would have to go through to help a patient get a test.

"You have non-clinicians making the decisions, and whether it's the cost of the test or the reimbursement for the test or the hurdles imposed to obtain a test — that takes the decision-making out of the hands of the physicians and patients and puts it in the hands of someone in an office somewhere who doesn't know either of them, and that is something we have to be really worried about and keep an eye on," he said.
1(current)
2