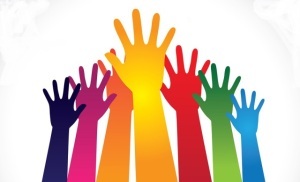 Nearly 80 percent of nurses at Shore Medical Center in Somers Point, New Jersey voted to authorize a strike at the facility if last minute contract talks are unsuccessful in resolving their workplace concerns.

“None of us want to go out – we just want to take care of patients,” Dotty Rudert, operating room nurse, told HCB News. “Many nurses had tears in their eyes when the vote was taken," she added.

The nurses, who are represented by the Shore Nurses Union, part of the New York State Nurses Association (NYSNA), are seeking to improve staffing levels at the hospital according to Eric Smith, lead program representative at NYSNA.

Suzanne Jenkins, a case manager at the hospital, which has an average daily census of 140 patients, said since the beginning of the year, 60 registered nurses have left the staff. She noted that Consumer Reports, in its just-published rating of hospital-acquired infections, rates Shore as the country’s 18th worst hospital for HAIs.

“This does not make us proud,” said Jenkins. “We want to raise our scores. But some of the expertise we need to accomplish this has been outsourced. Combine this with the reduced number of nurses, patient care is being compromised,” said Jenkins.

In a statement, the hospital confirmed it is in negotiations and said it offers competitive compensation and benefits. It also said the Consumer Reports data was two years old and noted that it received a “A” rating from the Leapfrog Group, a national hospital rating nonprofit.

“We have been encouraging the union to come to the bargaining table and to engage in meaningful bargaining,” Brian Cahill, director of marketing & public relations at Shore Medical Center told HCB News. “Unfortunately, the union has only participated in two bargaining sessions in the last 45 days.” He added that in the event of a strike, the hospital is “well prepared” to take care of patients with a team of professional nurses.

Smith, with NYSNA, said the Union is prepared to bargain in good faith at the next meeting, scheduled for Tuesday night.

“We will make ourselves available seven days a week to get a deal done, which is what we want to do,” said Smith. He said the hospital so far has offered only “toxic” proposals that do not address nursing concerns and contain economic takeaways for nurses. “But we want to move forward, not backward,” he added.

Both the union and the hospital say they have widespread community support for their bargaining positions.