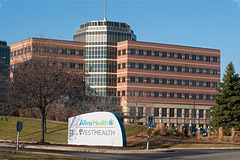 “We took a risk to learn,” Brian Rice, vice president at Allina Health told HCB News. “We were willing to tolerate some limited losses to generate savings. But we feel confident enough to take the training wheels off to move forward (to more risk-based contracting).”

He said during the initial operation period from 2009 to 2014 there were times when they saw some losses or didn’t qualify for CMS payments. But it was all part of the learning curve mandated by the Allina leadership. They had four goals: provide a better care experience for patients; provide better health for their patients; reduce per capita costs; and maintain organizational viability.

Allina is a big system providing services in Minnesota and western Wisconsin. It includes 13 hospitals, 59 clinics, 26 various outpatient sites and over 3,000 employed and independent physicians. For the project, they teamed up with long-time competitor HealthPartners, which provides doctors, clinic, and health insurance services in the market. The new unified group was named Northwest Metro Alliance.

A good part of the session was dedicated to Ross Gustafson, vice president of HealthCatalyst. Last year the company signed a 10-year partnership agreement to develop the predictive modeling component of the joint project. He was a former long-time Allina employee. Gustafson explained the complex topic of predictive modeling in relatively simple terms.

Suffice to say that predictive modeling represents the new era of health information management. His point was that once health care systems develop the ability to use information in patient health records and from other sources to identify high-risk patients, cost control becomes more likely. And, as he added, outcomes get better.

Northwest Metro Alliance was able to drop health care cost increases faster and keep the lid on these increases better than a competitor system for all but one year, from 2009 to 2014. The first-to-last year cost control was a minimum of 60 percent cost containment, with some years being much lower.

In achieving the goal toward any effort to better contain health care costs, Rice offered several recommendations. These included: