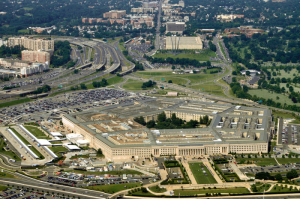 The Defense Department's giant health record effort just got a bit bigger – Cerner has bumped up its $50 million estimate on data center costs to about $75 million.

The Defense Healthcare Management Systems Modernization (DHMSM) is presently set to cost $4.3 billion – so it's a relatively small bump up.

Beyond that, DoD spokesperson David Norley told Politico that the additional funds will go to better data access and keep up with a boost in data demands – and won't push the Cerner and Leidos deal beyond its $4.3 billion cap, which was set when it was signed last July.

The contract originally went to Cerner because it has a huge amount of clinical data that improves analysis – but it won't work with other data centers and the government can't compel the company to do so.

In addition, their systems' uptime rates are over 99 percent, which is beyond the 98.5 percent that DoD put out as the minimum in its original call for bids.

On a DHMSM call in early July a spokesperson stressed, "when we're talking about clinical data, that availability can be the difference between life and death," adding that the cost of Cerner was “significantly higher” than early estimates, but it will still be “within 10 percent” of what it would have run had the hosting been performed by the Defense Information Systems Agency.

That said, the DoD told FCW that it might open up the hosting part of the DHMSM for new bidding as soon as 2017.

At the time the deal was being evaluated, HCB News reported that “skeptics have questioned whether or not EHRs as a whole have evolved enough to warrant a purchase of this magnitude.”

In addition, concerns were raised over choosing a proprietary system. In a white paper from government think tank Center for a New American Security (CNAS), it was suggested that in the interest of avoiding vendor-lock and also to be in line with the HHS/CMA “fee for value” reimbursement model guidelines, an open source EHR provider be chosen.

That recommendation wasn't followed. As explained by a DOD spokesperson to HCB News at the time, "while DoD cannot comment on the details of the ongoing source selection, the competition is robust and will support DoD's objective of acquiring a best-value solution for the enterprise that meets requirements, including interoperability with the VA and private sector health care providers."

CNAS had noted that "failing to choose wisely, with forethought about technological innovation, could be tantamount to having bought a twenty-year contract for the then-“state of the art” BlackBerry service in 1999.”

The Cerner EHR implementation is now called MHS Genesis. The multiyear effort is aimed at transforming military health care, according to Dr. William M. Roberts, a retired Navy rear admiral who serves as the MHS functional champion, said it really reflects a whole new way of doing business for the MHS.

"We've looked at this process as finding what is best for the MHS as a whole, not just in individual areas," said Roberts in a Military Health System communication in May. "We see this as the latest step in making sure patients are able to be fully engaged in their own health."