Canon elaborates on financial goals with Toshiba Medical in the fold 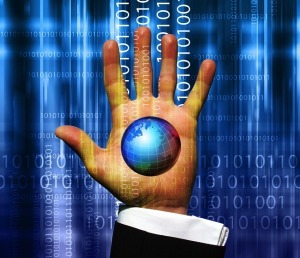 In the lead-up to RSNA, Canon has purchased editorial space in the Financial Times to elaborate on its plans for the future after fully integrating Toshiba Medical Systems into its business.

“As Canon’s first president was a doctor, there was always a yearning to make health care one of our main businesses,” Fujio Mitarai, Canon’s Chairman and CEO, stated in the FT article. “We are delighted that Toshiba Medical is joining our group; it feels as if our dream of launching into the global health care market has been achieved, all in one fell swoop.”

The buy represented part of a planned pivot for Canon. Recent years have seen an erosion of some of its core businesses – office gear and cameras – as massive inroads have been made into that space by smartphones and a shift toward paperless, digital “paperwork”.

“We have now lined up new businesses in four key growth areas – commercial printing, network cameras, industrial devices, and health care,” Mitarai said. “From this year, we plan to redouble our efforts, particularly in health care.”

The company has announced ambitious financial goals, including to see group revenues increase to over $44 billion, with 15 percent operating profit margins and net profit margins of over 10 percent, by 2020.

The Toshiba Medical deal is the crown jewel of the repositioning plan as health care is “an area of the greatest potential,” said the company.

When acquired, the medical group, with 86 years of history and a presence in 140 countries and regions, was one of Toshiba's most profitable. Toshiba Medical President and CEO Toshio Takiguchi noted that it “has developed a lot of technologies and products which are Japan-first or world-first in diagnostic imaging.”

Canon has not been as big a player as Toshiba Medical in the world medical space, noted Mitarai. “So, we expect Toshiba Medical to take initiatives, including in the selection of M&A candidates, with full backing and funding from the Canon group.”

Canon's regional plans at present include continued expansion of its global network with an emphasis on targeting university hospitals, high-end medical facilities, and collaborative research, which it hopes will help to build brand awareness in the U.S. It also hopes to focus on the high-end device market in Europe, and to build market share in Russia.

“We hope to expand into different markets, matching the country’s developmental phase and adjusting to government policies,” said Mitarai.